Don’t Get Hung up on Live and Dead Loads 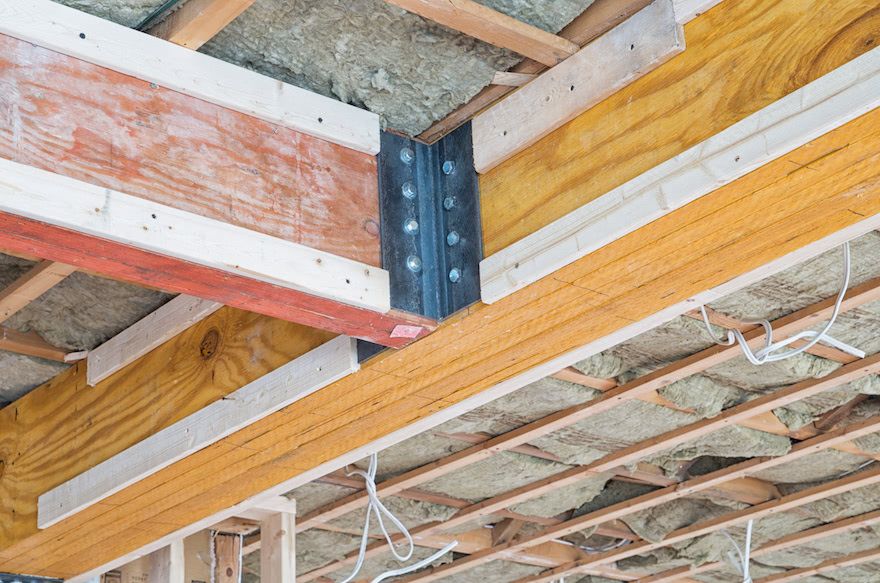 In a previous article (“When Buildings Fall Down”  – read it here), I referenced the tragedy of the Surfside Condo collapse in Miami, Florida to illustrate all the different “loads” or “stresses” that are placed on buildings.

Here is what I said:

“Structure is all about load paths.

The most obvious load path is one of dead and live loads; specifically, the weight of the building itself and its contents.

Other load paths that may or may not be pertinent to any specific building situation are wind load, snow load, rain load, seismic load, and soil bearing characteristics. One remarkably interesting “load” or stress induced upon a structure is a harmonic resonance or “vibratory” load. This concept has collapsed many bridges and has caused urgent repairs to affected buildings.”

In the realm of development, construction, and also remodeling, care is given to the walls in a structure that are considered “bearing walls.”

That is, walls that support a load path from above – such as the superstructure of a building.

“You never want to remove a bearing wall” is a common phrase we hear. (Actually, you can; you simply have to provide for an alternative load path from Point A to Point B. Point B becomes point C and you have a new Point B in between.)

For example, consider the alteration of a load bearing wall to insert either a window or a door. There needs to be some type of header installed above the opening to spread the vertical load across the opening to new load-bearing members on each side of the opening that, in turn, carry the load downward.

The header may be wood or it may be steel. Steel usually allows for a shallower depth and increases headroom in living areas. For example, I removed a wall when I opened up and connected my kitchen and dining room a few years ago. The wall was not carrying the roof load; however, it was carrying the load of the ceiling joists. The structural engineer suggested that a load of 3,000 – 5,000 pounds was implicated and called for a wide-flange steel beam to be installed and span the 15-foot width to transfer the referenced load through two new posts at either end of the beam, through the existing floor to the concrete block wall below.

A big job for me at the time, but a small job in the big scheme of things.

I have noticed the tendency of individuals to focus exclusively on the “dead/live” load paths to the exclusion of other, pertinent and important load paths. Even highly skilled tradesman and building inspectors are sometimes oblivious to the important ramifications of these concepts.

In 2018, I put up a commercial building that is 176 feet long. It has wood-framed sidewalls. It has roof trusses.

Even though the wood-framed sidewalls were robust enough to support the roof assembly, 176 feet is too long of a wall without any lateral bracing.

One thing that lateral bracing does is provide resistance to wind loads.

Therefore, we had to have two separate “shear walls” across the depth of the building – shear walls that connected the two, 176-ft long sidewalls, in two separate locations. The shear walls provide lateral support so the long walls don’t buckle in a rogue wind, for example. The shear walls aren’t ordinary walls. They are built with shear-rated sheathing on each side with the edges blocked and and nailed pursuant to a specific schedule. They stiffen the entire structure.

Fast forward a couple of years. I owned (past tense, thank goodness) a masonry building about 30 feet wide and 70 feet long. There was a long wall in the center that carried the roof load. Some of the individual rooms had walls that were built at 90 degree angles to the length of the building – connecting the exterior wall to the central, load-bearing wall. Since I wanted to rent it or sell it, I considered removing some of the walls that created the smaller rooms, the idea being to open up the entire building to make it more attractive to occupancy.

“Whoa, horsey!” said the structural engineer. It turns out that those “non-load bearing” walls actually were providing some lateral support to the exterior walls of the building. Remove them, and the building loses the structural rigidity with which it was built.

Fortunately, I finally found someone who wanted that building more than I did before I was ready to pull the trigger on this rehabilitation.

In another example, a friend of mine owns a commercial building. We want to create a medical office out of a former restaurant/convention center. The building inspector pointed out that “none of those walls (that we want to remove) are load bearing.”

Oy Vey, most of them exist at right angles to the long exterior, absolutely load-bearing walls.

I’m afraid that removing them may compromise the building’s integrity and that we may need to at least leave a short section in place to serve as a pilaster (a vertical member providing structural support that is attached to a wall).

Even if it costs more.

I like being able to sleep at night knowing that something I’ve helped with can’t fall down!

Whether we do a video chat with an engineer or have an in-person consult, rest assured that we’ll have someone with the appropriate knowledge prescribe an appropriate solution.

I have a tendency to gravitate toward writing about the intersection of building science and value engineering. I talk about how both concepts are important, and neither one works in a vacuum.

The reality is that occasionally, circumstances demand the involvement of other disciplines – such as structural engineers,  soil professionals (geotechnical engineers),  environmental engineers (I have a group helping me at this moment with permitting a development in a wetland),  acoustical engineers (the residents really don’t want to hear noise from the business below, and if they do, you’re paying legal fees), traffic engineers, and more.

The old saying, “Penny wise and pound foolish” is not what we should aspire to be. Actually, with inflation, we may have “penny-wise and hundred-dollar foolish.”  Or some updated permutation of it.

Although engineers don’t have to be involved in relatively simple and straightforward projects, their input and expertise, when needed, “trumps” value engineering.

Or maybe we should say, “Their input ‘Bidens’ value engineering.”

Don’t Get Hung up on Live and Dead Loads