Twenty bucks says that you haven’t heard of either of those terms.

The first term is actually the name of a company, the fry reglet company:  www.fryreglet.com

The second term is NOT slang for a part of human anatomy. But I’ll explain it later.

I was embarking on a commercial build-to-suit for a tenant in the financial services industry. Their plans called for us to install “fry reglet” trim on the accent wall of their build out.

Since this firm has over 15,000 offices, and primarily because we agreed to the terms, I wasn’t going to argue about a small detail such as a piece of trim.

Below is a picture of the fry reglet trim specified by Edward Jones Investments for their new office in our facility: 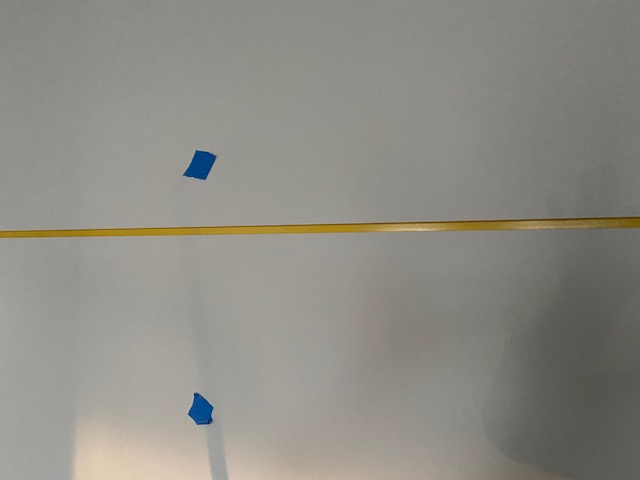 The term “reglet” actually means a thin strip, sometimes a strip of trim as in our case, or sometimes actually a line cut into a masonry mortar joint, into which a piece of flashing is inserted to protect the roof below where there is a 90 degree junction between, say, a parapet wall and a roof.

Again, “Fry Reglet” is proprietary to the company of the same name. I did not know that until I researched it.

Consider a window in your house. Now consider the plane of where the window sits. 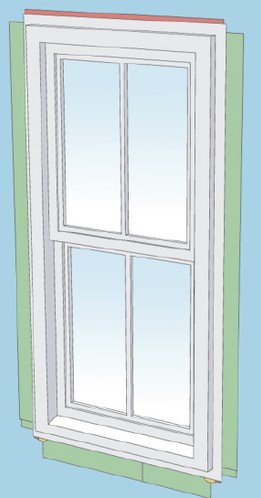 There are several reasons for this, but for simplicity, it is due to tradition and the preference (aesthetic) nature of an interior window sill.

But most walls aren’t thick walls.

Most exterior walls of homes built 20+ years ago are made of 2×4 construction, maybe 2×6 for extra depth of insulation. Energy codes have tightened, so thicker walls are a modern phenomenon.

Your wall assembly most likely consists of ½” of interior drywall, 3 ½” or 5 ½” of wall depth (with insulation in the studs), then your exterior sheathing, then cladding. Add a WRB in there somewhere.

As you can see, there isn’t any room within the wall thickness to move the window inward (or minimal play). Therefore, windows installed in an outie fashion were and still are preferable for conventionally designed and framed walls.

It isn’t uncommon for “double-stud” walls to be constructed. Construction of this type dramatically improves the insulation value of the wall. Sometimes the walls are built separately, and sometimes they are built at the same time. One of the two walls is structural and load bearing, and the other isn’t. There is usually a gap between them. More insulation can be placed in the gap.

It is very common to end up with 12” or greater wall thickness.

Now consider an outie window install. You’d have a deep windowsill. Great, room for sitting, room for plants, room for whatever.

But wait a minute. There are 2 problems brewing:

Because of point #2 above, windows installed in an “outie” fashion in a thick wall aren’t the best idea.

What about windows installed as “innies” in a thick wall?

You’d still have the natural light problem, but you’d have no way to rectify it. Although you wouldn’t have the microclimate problem, you’d have created an aesthetic problem:  Windows look more natural when they are installed closer to the exterior plane of the exterior wall in a thick wall assembly.

And if you’re not careful, you can create a third problem:  with such a large horizontal area outside of the window, you had better do a perfect job integrating your water and air control layers of the window with those of the wall, in other words, your flashing, because you’re creating a nightmarish scenario of leak potential.

Q: What is the solution?

A: “In-betweenie” installs move the plane of the window installed in a thick wall inward from the exterior plane. How much? It depends on your preference.

Consider the window itself, its entire assembly is perhaps about 4 ½” thick.

If I move the outer face of the window inward by say 6”, there will be a 4 ¼” inner windowsill. I probably won’t need to splay the extension jambs or drywall to allow more light in. And I won’t be creating any microclimates in that space.

And the 6” exterior space – that will be easy to flash appropriately.

Consider the photograph below:  it looks like a 4” inward inset to me. 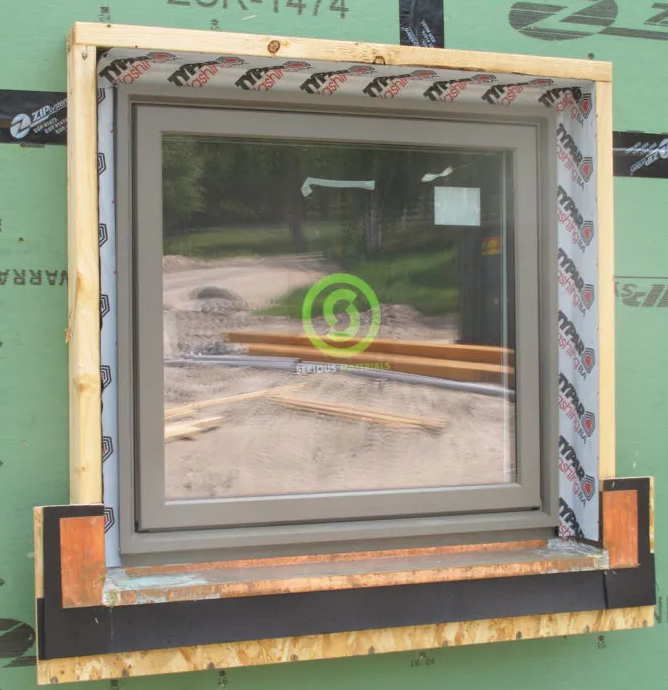 I trust that the next time you hear the words “innie,” “outie,” and “in-betweenie,” you’ll instantly know that the subject of discussion in building science in nature, not one’s anatomical features.

As you ruminate over the 2 things you learned today, please be sure to reach out if you have any questions.

More video recordings are in the queue for when my allergies subside and coherent vocal cord resonance is once again possible.

PrevPreviousHumbled Again
NextHow to Make an Afterthought Not Look Like OneNext