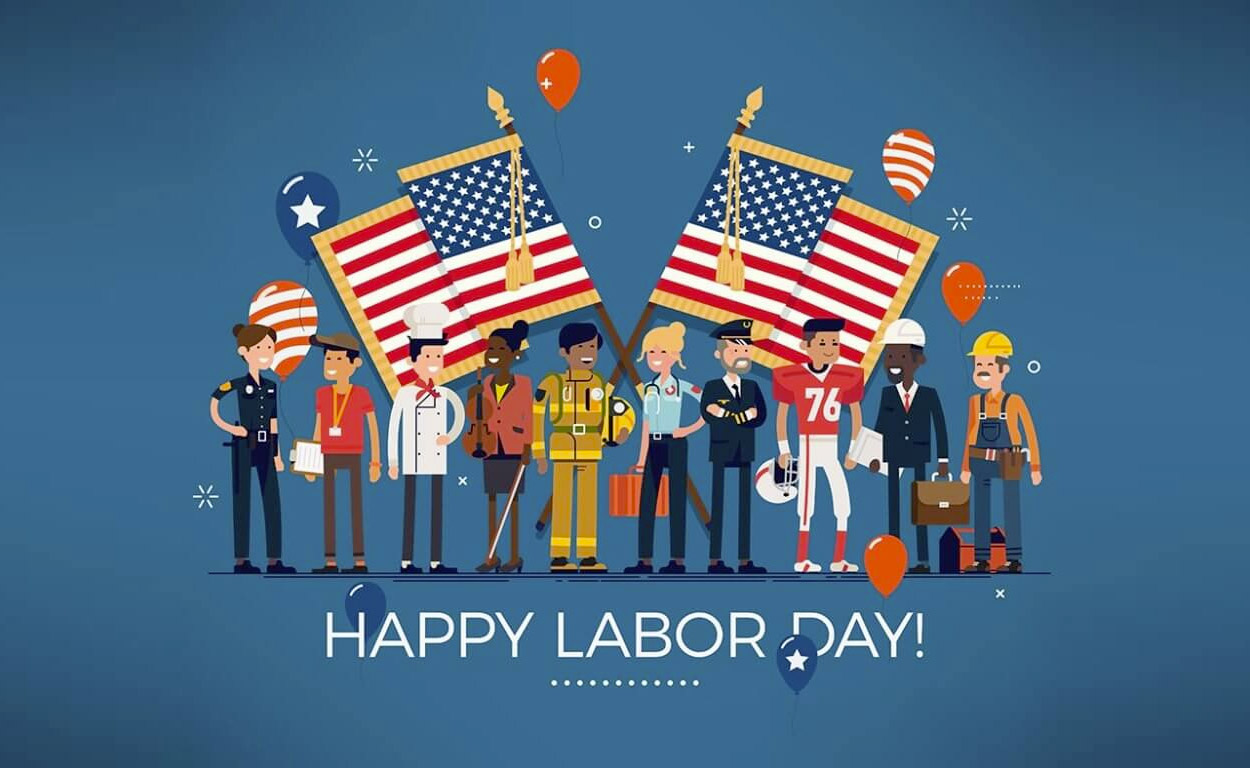 As a noun, “Productive activity, especially for the sake of economic gain.”

As a verb, “to perform labor; exert one’s powers of body or mind; toil.”

Of course, there are additional definitions….giving birth being one of the more obvious.

{Work – “The use of force to move an object over a distance.”}

If my longtime friend Eric Kipp happens to read the above-referenced definition of “work”, his mind will no doubt retreat to high school geometry class in 1990 during which a standard occurrence was the teacher hollering and interjecting “WORK!” over and into the general dull roar of tomfoolery and side conversations amongst students.

Labor Day has been observed as a United States federal holiday since 1894, after several individual states passed their own legislation as early as the mid-1880s.  This followed the trend of smaller municipalities passing ordinances honoring and celebrating the American worker in the early 1880s.

Matthew Maguire, then the secretary of the New York’s Central Labor Union, is generally considered to be the “founder” of Labor Day that we celebrate.  Then-President Grover Cleveland signed the bill into law.

But there is also evidence that Peter J. McGuire, general secretary of the Brotherhood of Carpenters and Joiners and a co-founder of the American Federation of Labor, suggested setting aside a day for a “general holiday for the laboring classes” to honor those “who from rude nature have delved and carved all the grandeur we behold.”

As we reflect on Labor Day’s 127 year history in this country, I can’t help but consider how different ways of performing labor have changed and evolved over that period of time.

Initially, the vast majority of labor involved physical labor of some capacity.  Whether in the sense of maintaining a garden or raising livestock, you probably didn’t eat if you didn’t work.

Over time, technology and automation gradually supplanted the need for brute human force for every single task, and in the 1920s and 1930s the terms “white collar” and “blue collar” evolved…initially referring to the actual color of workers’ shirts.

Technology and automation continued to progress…computers came into the picture to further automate the white collar worker’s general daily tasks.

I like technology and automation – I am reminded of the story of the guy who built a water main to serve a village versus the guy who stubbornly carried 5-gallon buckets of fresh water from the river.

So, “Work smarter, not harder” is generally good advice.

But it’s always good to at least maintain the ability to perform physical tasks.

When kids I’ve hired to perform physical labor don’t look industrious enough or simply are not producing the desired results per unit time, I like to be able to drop what I’m doing and demonstrate an appropriate rate of performance for a given task.  Then go back to what I was doing.

Or when I’ve purchased new equipment for a room at my office and decide that the room should be painted before installing it…and reach to the unfortunate conclusion that there is no painter within 100 miles willing to drop what they are doing and paint my room THIS WEEKEND, I like to have the ability to move equipment and paint the room myself.

It’s that feeling of physical, roll-up-your-sleeve accomplishment that is distinct and unique from an average day’s “work”.  At least for an eye doctor.

According to the United States Department of Labor,

“American labor has raised the nation’s standard of living and contributed to the greatest production the world has ever known and the labor movement has brought us closer to the realization of our traditional ideals of economic and political democracy. It is appropriate, therefore, that the nation pays tribute on Labor Day to the creator of so much of the nation’s strength, freedom, and leadership – the American worker.”

I sincerely hope and pray that our nation will never separate itself from the belief that nothing gets accomplished without having worked for it.

(For more on the “work smarter, not harder” theme, download our ebook immediately below.)

Regardless of the setting in which you work or have worked, thank you for the contributions you have made.