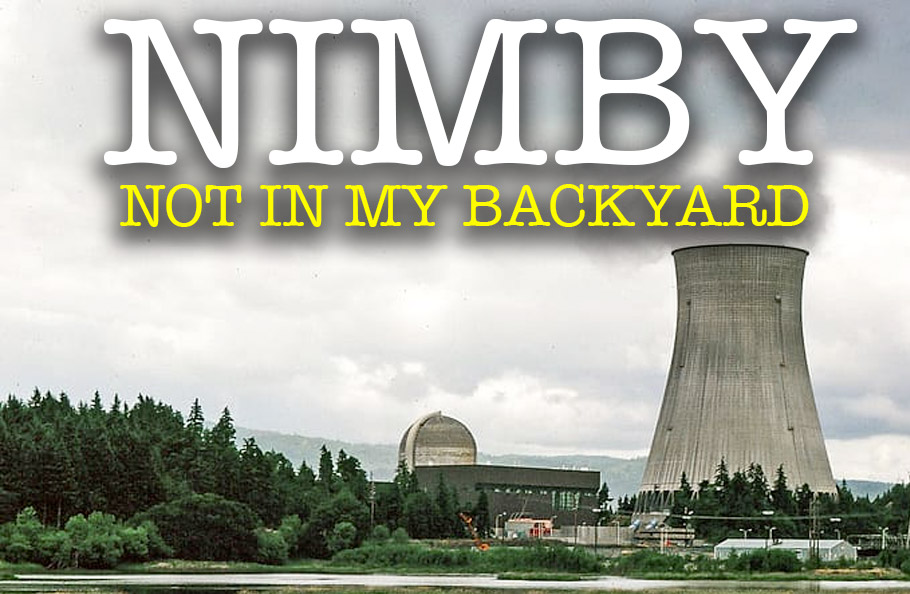 Last week, we defined NIMBY (an acronym for “Not In My Backyard”; a term used to describe someone who is opposed to a certain (or perhaps any) development or construction in a community).

We pointed out that NIMBY isn’t necessarily judgmental or good/bad because some NIMBY concerns may be legitimate.

And we described invalid NIMBY concerns from a recent zoning board of appeals meeting.

I also had a planning commission meeting that same night in a different town.  One of my partners presented our proposal because I could not attend.

The background is that we had assembled an attractive site for a multi-family development in a small town.  This town is located near the heart of three robust cities in mid-Michigan, near our regional airport, and in the backyard of one of the state’s largest employers.

We had initially planned on constructing duplexes for senior independent living because that is what our market study implied was needed in our geographic area.

As time progressed, we connected with owners of a therapy center who indicated that the site would also make a great setting for their second location.

Their business was growing rapidly, and a location in this town would allow them to draw clients from the city and county to our west.

Since the city’s zoning ordinance allowed both commercial and residential uses, we thought the city leaders would be ecstatic about the proposed mixed-use development.

What we expected didn’t exactly play out at the meeting.

The city leaders did express enthusiasm for the therapy center.  (Why wouldn’t they?  What city would be upset about a new facility to generate tax revenue and 30 more jobs along with it?)

But they were condescendingly non-committal, even cantankerous, about the residential part of it.

“Lee said you were going to build duplexes,” one planning commission member said, referring to me.

Because the therapy center reduced the remaining area for development, I had our civil engineer design an alternative layout that included townhomes to determine how many units were possible.  The answer was 7 duplexes (14 units) or 26 townhomes.  I wasn’t certain that 7 duplexes could float our share of infrastructure costs for the development, let alone float their own cost to build.

In order to be certain, we’d have to cost it out.

In order to cost it out, we need to know what we can build.

In order to know what we can build, we need to have a site plan approved by the city.

Anyway…my partner’s response was, “Lee never committed to anything and we are looking at an alternative site plan to ensure that the project is viable.”

You don’t want to tell me what I do and don’t want, is how I would have liked to respond had I been there.

“I don’t want a 2-story structure blocking my view,” someone else stated.

If you serve on the planning commission, you had better possess a working knowledge of your own zoning ordinance.  It allows for 3-story construction.

My partner asked, “In order to build our road, we need to relocate one of the decorative streetlamps that is at the main road.  What department or individual should I contact to effectuate this?”

It turns out that NIMBY concerns aren’t limited to residents who may attend a meeting and plan to oppose a new project.  The term can also refer to city leaders who somehow feel that they are in a position of control over a developer.

Our civil engineer is a seasoned professional, having attended and presented site plans at dozens (maybe hundreds) of planning commission meetings over the years.

Her words of wisdom:  “On one hand, people simply want to be heard,  On the other hand, it is not legal for the planning commission to disallow something that’s granted by right in their own zoning ordinance…you’d win a legal dispute in a heartbeat.”

(By right refers to items that are permitted within a zoning ordinance without any exception, variance, or special use permit.  Yes, the city still needs to approve the project and its layout, but they cannot legally deny in scope or in principle something that’s permitted by right.)

But who wants to go to court? I mean, if they feel as if they can dictate the terms and control us, perhaps they’ll be looking at a field for a few more years and can try to raise tax revenue in other ways.

In the city’s defense, we hadn’t yet presented the entire, complete site plan.  A couple of the existing utilities are going to prove difficult to extend onto the property (under the main road, in the worst possible location, is a 36-inch high pressure water line that ultimately serves a good chunk of mid-Michigan residents.  You don’t want to disturb a 36-inch water line.)

We’ll plan on returning to the planning commission in late November and we’ve modified our plans a little. We’ve found a concept design that contains both single-story and two-story plans in the same footprint.  Even the two-story units have a bedroom or two on the first floor. The total unit count is 20. This unit count should help the project be viable.

An appropriate mix of units is important when you think of the needs of an end-user.  After all, the residential housing is our product.  It is important that we present a product designed and built with our avatar in mind.

As you think about that, remember that real estate development is really a confluence of many disciplines, skills, and abilities.  No one person can single-handedly design, plan, permit, and impress a city with a proposed project.  Being able to connect the dots between one’s own skills and individuals with skills one lacks is tantamount to implementing a successful project…from concept to design to permitting to completion to absorption.

{An update from the illegitimately-paid property tax bill saga:  No call from the bank that paid our property taxes.  My desire to devote more time to this is approaching zero.  I would have been happy to give them a check right away…sigh…}

For more information on how you can connect the dots between the idea of real estate investment and the tangibility of real returns, download our eBook below.