Our Flag Was Still There 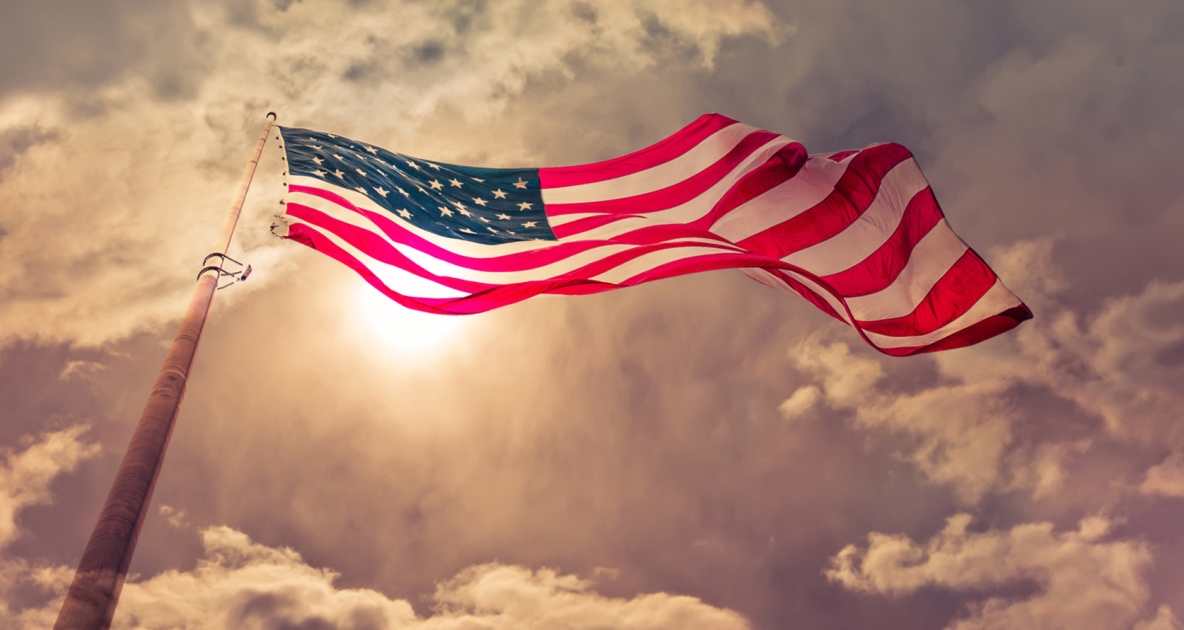 “The Star-Spangled Banner” is the national anthem of the United States. The lyrics come from the “Defence of Fort M’Henry”, a poem written on September 14, 1814, by 35-year-old lawyer and amateur poet Francis Scott Key after witnessing the bombardment of Fort McHenry by British ships of the Royal Navy in Outer Baltimore Harbor in the Patapsco River during the Battle of Baltimore in the War of 1812. Key was inspired by the large U.S. flag, with 15 stars and 15 stripes, known as the Star-Spangled Banner, flying triumphantly above the fort during the U.S. victory.

The poem was set to the tune of a popular British song written by John Stafford Smith for the Anacreontic Society, a men’s social club in London. “To Anacreon in Heaven” (or “The Anacreontic Song”), with various lyrics, was already popular in the United States. This setting, renamed “The Star-Spangled Banner”, soon became a well-known U.S. patriotic song.

Please see the reference section for a brief history lesson and the lyrics (all 4 verses; typically, only the first one is sung) to The Star-Spangled Banner written by Francis Scott Key.

It’s ironic how even a little historical review can set the record straight. 1814 is a fair amount of time after 1776. It’s easy to confuse things in one’s mind, with current events and with the immediacy of news within social and mixed media.

Way back in the 1990s, I fell in love with a version of our National Anthem popularized by Bruce Hornsby (piano) and Branford Marsalis (saxophone). I’m not sure of the particular event for which they initially prepared this duet, but they performed it many times in the 1990s – for the Baseball documentary soundtrack (produced by Ken Burns)  – about which Bruce proudly stated “We recorded that in one take”; for the 1991 NBA All-Star game at which time our nation was in the thick of the Gulf War; and for the MLB game where Cal Ripken surpassed Lou Gehrig’s consecutive game record in September 1995.

Here are the videos to the above-referenced performances:

In fact, I loved this version of the National Anthem so much, and so did my college roommate (we were both music majors), that we transcribed it and worked up our own version of their version. Bruce Hornsby even checked over our transcription of his thickly voiced chords and corrected some errors – I wasn’t perfect then, either.

We were invited to perform it to open a Detroit Pistons game at “The Palace of Auburn Hills,” a sports venue that has since been demolished, but the lack of electricity to plug in a keyboard rendered that opportunity dead in the water.

Ahh, memories of my musical days. From a halfway decent musician to an eye doctor to an eye doctor who likes to build and develop real estate. The opportunities that life presents are, in retrospect, wonderful. I continue to cherish them.

Fireworks celebrations in many communities culminated on Saturday, July 2nd, for the ease of celebrating on the weekend. Nonetheless, most businesses, mine included, will be closed on Monday, July 4th.

Watching our local fireworks, I couldn’t help but reflect and ruminate on the beauty, timing, and overall choreography of the actual fireworks display. I tried to take a couple pictures. Got weird lines in the photos. Maybe streetlight interference. I’m not a photographer.

Then I realized that it’s not about a recording a picture, print or digital, for posterity. It’s more about the visual imagery that persists after the fact.

Even more than that, it’s about what that visual imagery does for your mind.

It reminds one of how fortunate one is to live in this country.

It reminds one that we Americans are better off than most of the world’s population.

It makes one appreciate his or her health.

And one’s family and friends.

It makes one appreciate living in the land of opportunity, the land of rugged individualism and capitalism, where any idea one can conceive may be brought into existence.

A place where nobody can stifle another’s dreams.

A place where one’s potential is truly unlimited.

A land where citizens can own fee simple real estate, encumbered only by the eternal rent called property taxes, and never have to worry about that land being taken away.

In “Standing on the Moon,” a song written by both the late Robert Hunter and the late Jerry Garcia, the second verse ends with “Old Glory standing stiffly, crimson, white, and indigo.”

In Texas versus Johnson (1989), the U.S. Supreme Court ruled in a 5-4 decision that flag burning or desecration was a protected form of free speech pursuant to the First Amendment.

My grandfather, having served in WWII (he unfortunately passed away in 2017), said at that time (I remember his exact words): “If someone touches my flag, I’ll shoot the son of a bitch!”

His flag was still there.

I can also tell you this – in the now 246 years of our country’s existence, through victories, defeats, moments of pride, moments of horror, agreements, disagreements, partisan politics, and love for our neighbor and fellow American, one thing has persevered…through it all, the good and the bad, our flag was still there.

Our country isn’t perfect, but it’s still the cleanest dirty shirt in the closet.

Yes, our flag is still there.

Our Flag Was Still There