R we Clear on Are Our? 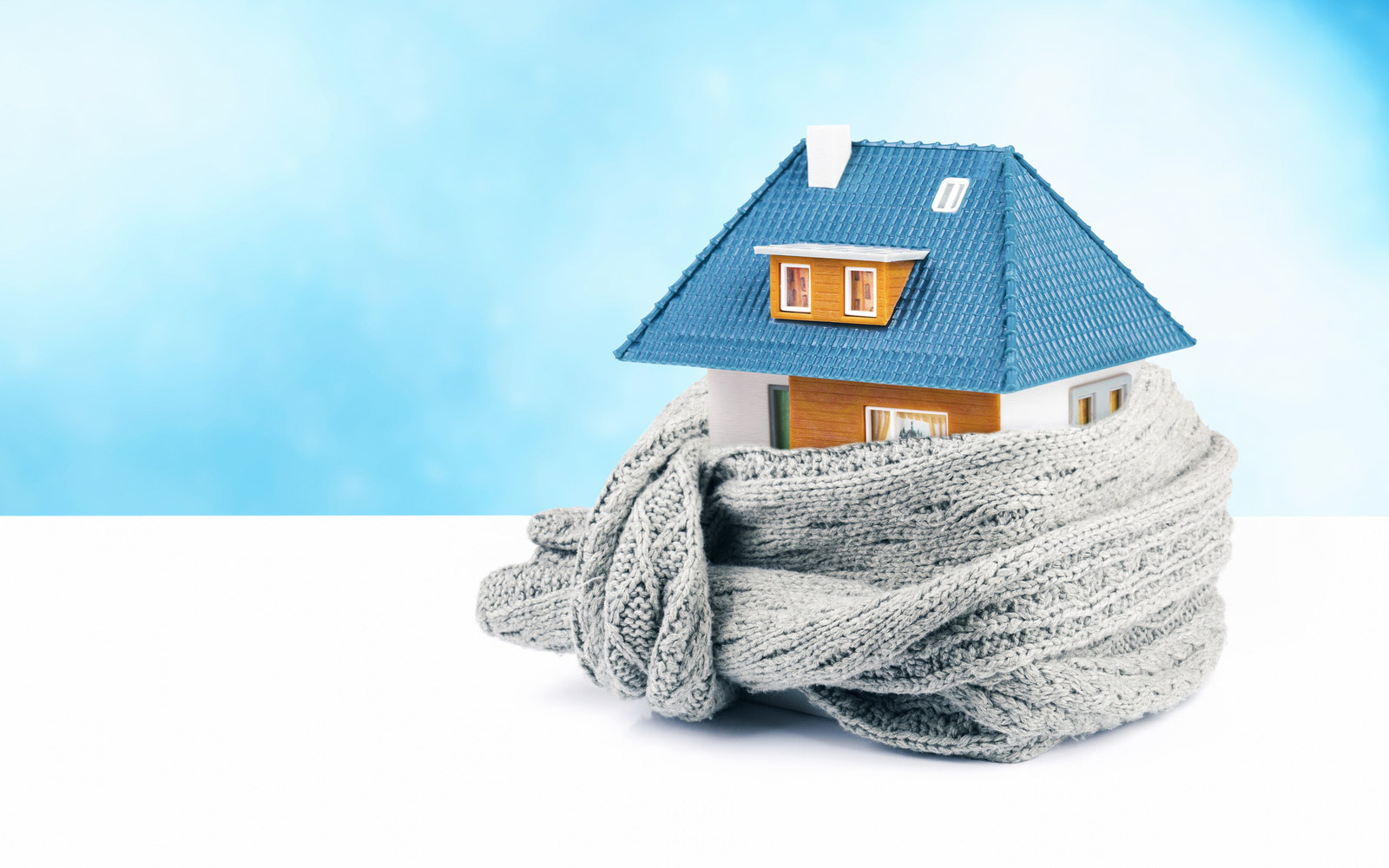 Ahh, that phrase is hard on my eyes. Wrong in so many ways.

Does it bother you as much as it does me?

Sorry, not sorry. I couldn’t resist.

Let me rephrase: Are we clear on our understanding of R-Value?

R-value pertains to insulation. It really pertains to heat loss. It stands for resistance.

According to the Second Law of Thermodynamics, which really is the basis for all building science concepts, the total entropy of a system (the thermal energy per unit temperature that is unavailable for doing work) can never decrease.

Q:  What does it really mean?

Boom. That’s it. Understand that and the ramifications of it, and you understand building science.

If you want an equation,

R Values are expressed in units of ft2·°F·hr/Btu in the United States, but often in m2K/W across the pond.

Or, in everyday language, the heat loss between two sides of an assembly in a given time (in BTUs or joules) for a given area of the assembly with a certain temperature difference. It can also be assessed with watts in the denominator, but since a watt is specifically defined as a joule per second, this assessment negates the time value out of the numerator.

A:  “The work required to produce the power of one watt for one second.”

Q:  Is a higher R-Value better?

A:  Yes. Interestingly (I did not know this), many years ago, insulating values were expressed as the reciprocal of R-Values, or in U-values. In this case, lower is better. But our society tends to operate within the “higher is better” realm of conceptualizing numbers, so the representation was switched to R-values. Window performance is still reported in U-Values, in which lower is better.

Q:  Do you simply add the R-Values of the assembly’s components to arrive at the total R-Value for the assembly?

Q:  (The Eternal Question)  What does this have to do with real estate investing?

A:  I thought you would never ask. I personally was getting bored with all the theory.

In the United States, all states (really, all municipalities) adopt a working version of a code for permitting and building.

Curiously, Michigan is still using its 2015 Michigan Residential Code, although the 2021 IRC came out recently. Things get updated because we learn more about best practices over time and we also learn from our mistakes. Michigan apparently hasn’t been impressed with subsequent IRC revisions since 2015.

So, your building code (in my case, Michigan’s 2015 Residential Code) is going to dictate certain facets of construction. Such as footing depth. Also, wind and dead load (snow) capability of your roof. Also, R-value of your walls, slab, and roof.

I believe in my climate zone (I’m in Bay County, the northernmost Michigan county that is in climate zone 5, although you can reach zones 6 and 7 in our state), walls have to be R-15 (if it is a 2×4 wall) and R-21 (if it is a 2×6 wall) and roofs have to be R-49. I don’t pay a huge amount of attention to minimums because I generally don’t attempt to design and construct an enclosure to minimum requirements.

Q:  In a previous article (‘Heat Rises’ and Other Nonsense –  read it here), you said that heat transfers by radiation, convection, and conduction. Does R-Value measure all 3?

A:  Yes, the R-Value of a material is a composite measure of energy transfer via all 3 mechanisms. Usually, conduction is the primary means, especially in denser insulation materials, but the other 2 also play a role.

Q:  How is R-Value measured?

A:  Carefully, correctly, and (hopefully) without error. Pursuant to ASTM C518-17 specifications using a heat flow meter in a controlled environment. A better description is below in the references. You can purchase a copy of the ASTM C518-17 standard for $72.00 if you want; I didn’t consider it useful for me to have.

A:  Yes. If one wall is leaky and has batt insulation installed poorly, and the other wall has spray foam, the latter will perform much better even though the stated R-Values of the assembly are the same.

Q:  What other factors affect the actual R value?

A:  Framing members. Wood is about R-1 per inch and insulating materials are anywhere from R-4 to R-7 per inch of thickness. If you have more structural framing members than necessary, it will cut into your wall’s effective R-Value. This is why advanced framing is becoming more of a customary practice, which means that framing members are minimized – 24-inch centers are utilized rather than 16-inch centers and designed so that the point loads from the roof trusses/rafters, for example, bear directly on the framing members within a wall. We’ve talked about thermal bridging previously (This Is Not a Bridge to Nowhere – read it here) – having an excess of framing members reduces R-Value via the concept of thermal bridging. Even though the wall would look robust, it would not perform in a robust manner.

Q:  What other factors are interesting and generally not known?

1. Consider a hollow core concrete block wall. If you fill the cores with concrete (called “grouting,” which in many cases is specified for every 3rd or 4th core to reinforce the wall), you reduce the effective R-Value of that wall. Blocks aren’t that great for insulating anyway – an 8-inch block is R-2 if hollow, R-1.7 if grouted. Yes, air adds R-Value in this case. Realistically, for masonry blocks (at least in climate zones 4 and higher), you ought to have an insulating plan that is separate from the block itself. Meaning continuous exterior insulation or an interior thermal layer/wall.

2. Most modern homes, designed and built by those that pay attention to energy consumption, and especially those that are built to a “passive house” or “net zero” standard, are built with double walls for the exterior. One wall (usually the outermost but not always) is the structural or load-bearing wall, there is an air space between them, and the cavities of both walls along with the space between are filled with insulation. Double-walls provide a path for R-40 walls or better (at least double code minimum).

3. Manufacturers of certain products prey on the naivete and ignorance of the average homeowner. They advertise bubble wrap with false claims of R-Values. Read how Martin Holladay (former editor of Green Building Advisor) rips them apart in a couple articles in the references. The box stores and Amazon don’t do anything to help this trickery. Hopefully 16 CFR 460, a U.S. Federal Ruling that took effect on 5/13/2020, will help put a stop to the deceptive practices. My advice: stay away from bubble wrap.

Q:  Would a triple wall be even better?

A:  If you can afford the lumber and the loss of floor space. You do reach a point of diminishing returns. Up to this point, as a friend of mine says, you’re better off putting your money into improving your thermal envelope than you are putting it in the bank. Beyond this point, you have more money than brains. I’m designing and soon will build a residential wall with 3 layers of insulation, but only 2 layers of framing. That level of insulation combined with obsessive and compulsive air-sealing will give me a thermal envelope I’m sure to be happy with (and the roof will be in the R-70 range).

In summary, for those who like to design and build new or perform a comprehensive retrofit, anything is possible if you begin with the end in mind.

R-Values as they pertain to your enclosure (walls, roofs, and windows) become increasingly important as your weather becomes more extreme – you want to keep the outside out and the inside in as much as possible for those builds in hot, humid climates and cold climates – anywhere that the average outdoor temperature tends to deviate significantly from the range of optimal indoor thermal comfort. The thermal drive increases proportionally as the average outdoor temperature further deviates from the range of optimal thermal comfort (say 65-72 F).

Robust wall and roof assemblies remain important for all climate zones. You should even have insulation under your slab – you’d be surprised at the amount of heat loss over the surface area of a slab. If you’re not in an extreme zone for heating or cooling, then an appropriate assembly will keep your utility bills to an absolute minimum.

Consider that inflation takes no prisoners. Do you think that you will pay more or less for electricity and combustion fuel in 10 years?

As always, I invite your questions and feedback.

R we Clear on Are Our?