That Path Is for Your Steps Alone 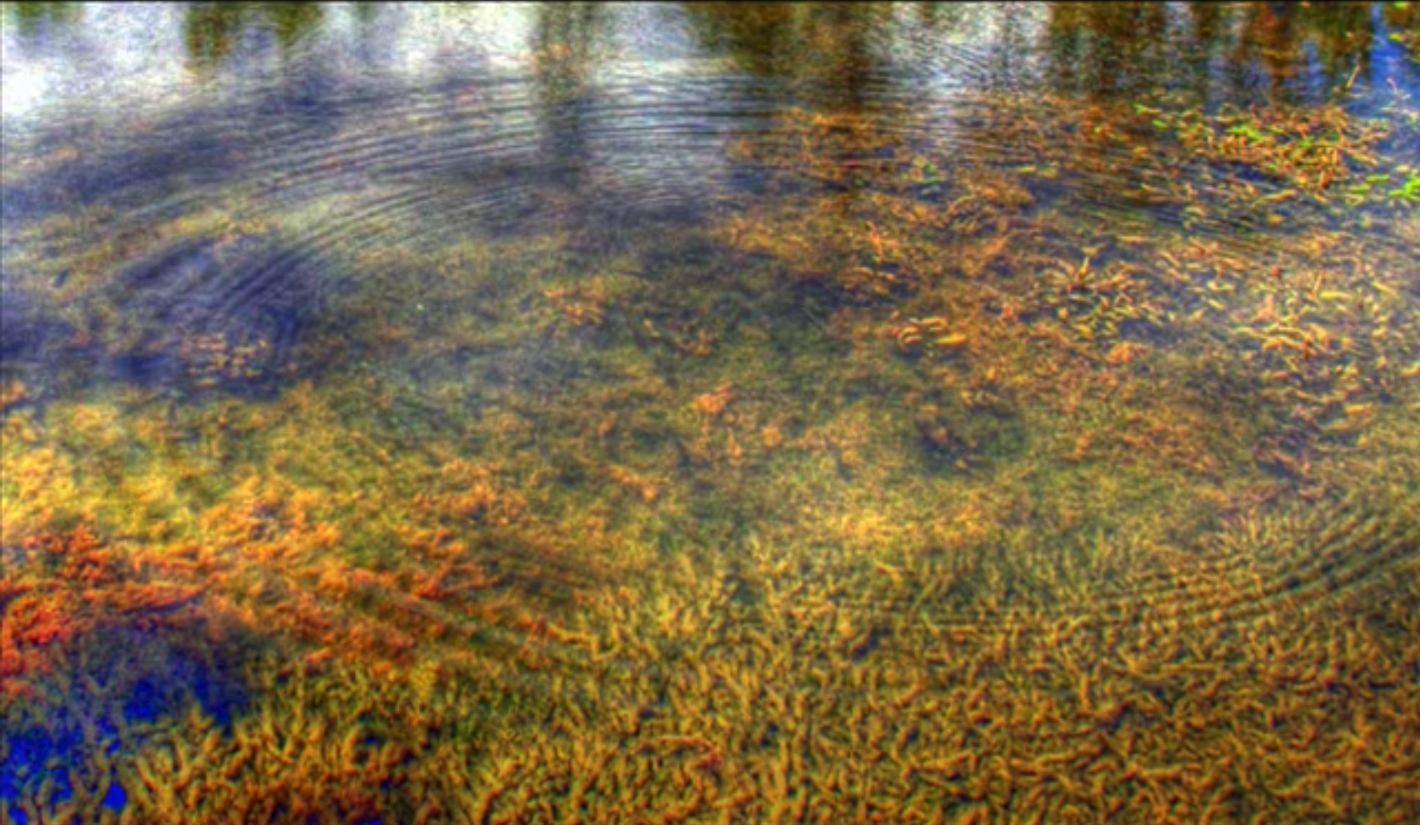 This, like its similar iteration one year ago, represents a diversion from our usual real estate development, building science, value engineering, or general investing topic.

{Darn! I know you wanted, ever so badly, to hear Part 2 about heat pumps, a BTU deep dive, and then my essay on ‘Savers are Losers’ !

Since I don’t like to spam my readers, stay tuned because the aforementioned will be forthcoming. And they will be as titillating as you’d expect from me.}

The current topic seems appropriate for this week…the week preceding Christmas and New Year celebrations…because I doubt that very many among us are thinking about investing, building science, value engineering, green building, and my other nerdy topics in favor of rest, relaxation, and time with family.

Clearly, this time of year can be (and should be) peaceful and full of blessings…but the holidays can also be trying, painful, and stressful for many.

Challenges can be magnified…and the COVID-19 pandemic continues to test our resolve. And our patience.

That is why every so often, I like to reflect on the great human spirit.

In other words, exactly why do we do, what we do? What is the emotional and spiritual basis of our actions? Can we think about more than the numerical return on investment from our various activities?

The title of this article is an excerpt from the song “Ripple” by The Grateful Dead – specifically, written by lyricist Robert Hunter (June 23, 1941 – September 23, 2019).

To the literary stalwarts among our readers, does it remind you of “The Road Not Taken” by Robert Frost?

I was introduced to this song sometime in the early 2000s by Bruce Hornsby, who had served as The Dead’s fill-in keyboard player in the early 1990s after the death of Dead keyboardist Brent Mydland. After having committed more than 150 of their songs to memory, Hornsby would often play a handful of their tunes at his own shows. Hornsby added a higher dimension of musicality to the Grateful Dead’s timeless lyrics. To date, Bruce Hornsby and I have never been able to connect musically, only as me being his fan. Although we have talked about the former.

Me going the eye doctor route probably didn’t help my chances of joining his band.

Believe me, all those times in the 1990s when Bruce Hornsby called me on the phone, I was very receptive to anything and everything he discussed. But alas, our futures are determined by us, not by chance.

There are many versions of “Ripple” available for download. I like Bruce’s version the best. Of course, I am very biased because I like most of the music he produces.

But Hornsby didn’t write the song lyrics; Hunter did. Hunter wrote the lyrics to “Ripple,” “Brokedown Palace,” and “To Lay Me Down” all in one afternoon, back in 1970, in London.

(I can’t vouch for how many bottles of wine were consumed in the entire effort.) It was, according to available literature, at least one.

Jerry Garcia (August 1, 1942 – August 9, 1995) wrote the music to Ripple and the other above-referenced tunes. I was at a Bruce Hornsby gig barely a week after Garcia passed. Jerry’s effect and influence on his fellow musicians was more than obvious at that performance.

I find the lyrics to “Ripple” to be the most poetic and lyrical arrangement of words of any song I’ve ever heard.

I’m not certain why. Maybe because “Ripple” is a song that remains appropriate no matter one’s mood, feeling, or outlook at the time. It is as if the words make music whether or not they are sung.

The chord construction of the song itself is simple – it is in the key of G major with D major, C major, and an occasional A minor chord. The I-IV-V and ii-V-I progressions found within are main staples and typical building blocks used in the construction of western music…and easy to play on the guitar.

The text identified in the title, “That Path is for Your Steps Alone,” has deeper meaning. One source made the connection to Walt Whitman’s “Song of Myself” (1892), Section 46, which says:

Not I, not any one else can travel that road for you,
You must travel it for yourself.

I interpret it as there are certain things in our lives, perhaps a challenge, an obstacle, maybe a rite of passage…that we are destined to have to negotiate, wrestle with, figure out, and solve on our own.

Others, certainly, have the knowledge or experience to solve our problem or at least to provide assistance and guidance, but we would not learn or grow from the experience if we did not have to bludgeon our way through it and learn for ourselves. So that is what we must do.

I compare this to my personal challenges during and after the recession of 2008 when banks didn’t want to loan money. After thinking that I had solved my real estate and financial problems by renting my commercial property, I realized that, paradoxically, I was not bankable at the time. I then reached out to a consultant of mine. A former U.S. Presidential Advisor, he was well-connected financially. “John, don’t you have a colleague who would like to earn seven or eight percent on a well-collateralized short-term commercial loan?” I remember asking.

“Lee, my friends expect to earn five percent,” he replied. “Per month.”

The message was that I had to figure things out on my own. It wasn’t easy, it wasn’t convenient, and it wasn’t pretty. But I learned and grew from that experience more than I did from other accomplishments.

The lessons learned have since produced millions of dollars of income.

Consider the lyrics to verse four of “Ripple” as a whole:

Some have compared the first two lines of the verse to the course of our lives – “dawn” (birth) and “the dark of night” (death).

Contemplated in this context, it is obvious that “…no one may follow…That path is for your steps alone” if the path is considered to be our journey through life.

Ironically (or maybe not), Whitman goes on to say in Song of Myself:

It is not far, it is within reach,
Perhaps you have been on it since you were born and did not know

(Incidentally, “No Simple Highway” from the first line is also the name of achronological history of the Grateful Dead published in 2015.)

Some have compared the lyrics of “Ripple” to Psalm 23:

This comparison to Psalm 23 makes sense with many commonalities between the biblical verse and the song.

Consider an excerpt from verse three of “Ripple”:

Let it be known there is a fountain….That was not made by the hands of man

According to Robert Hunter, “That’s pretty much my favorite line I ever wrote, that’s ever popped into my head.”

I don’t feel that I have anything intelligent to add. Other than Hunter stating what is assumed to be obvious, that, sardonically, isn’t always obvious.

I also tend to hang on to the final line of the fifth and final verse:

I think it is because years ago, this song gave me comfort after I had lost a family member.

Let’s not forget the chorus:

My own interpretation is that our lives are as ripples within the vastness of the universe. We may be fortunate enough to intersect other lives and cause new ripples in the fabric of time, but every single life creates a ripple whether or not there is an observer to witness it or interact with it.

That reminds me of one interpretation of the first verse:

David Dodd in “The Annotated Ripple” (referenced below) feels that Hunter sets the stage for the reader/listener to in fact become the poet/writer by comparing the impact of the words metaphorically to “the gold of sunshine” and asking the reader/listener to hold his (Hunter’s) voice near “as it were your own.”

According to Dodd, “…the relationship between poet and reader is unity; they are both the poet. In this way, the original poet breaks out of mortality, since his thoughts will continue to generate new thoughts.”

As you think about that, consider the times in your life when you felt as if you were on the path alone. In your mind, unravel those challenges and try to elucidate a deeper meaning. What lessons did you learn?

As you reflect this holiday season, take comfort in your favorite music. The entire lyrics of “Ripple” are listed below, and I’ve also included links to different versions of the song.

I’ve always said, “Music is soothing to the soul.”

If my words did glow with the gold of sunshine
And my tunes were played on the harp unstrung
Would you hear my voice come through the music?
Would you hold it near as it were your own?

It’s a hand-me-down, the thoughts are broken
Perhaps they’re better left unsung
I don’t know, don’t really care
Let there be songs to fill the air

Reach out your hand if your cup be empty
If your cup is full, may it be again
Let it be known there is a fountain
That was not made by the hands of man

You who choose to lead must follow
But if you fall, you fall alone
If you should stand, then who’s to guide you?
If I knew the way I would take you home

That Path Is for Your Steps Alone