The Dumb End of the Tape 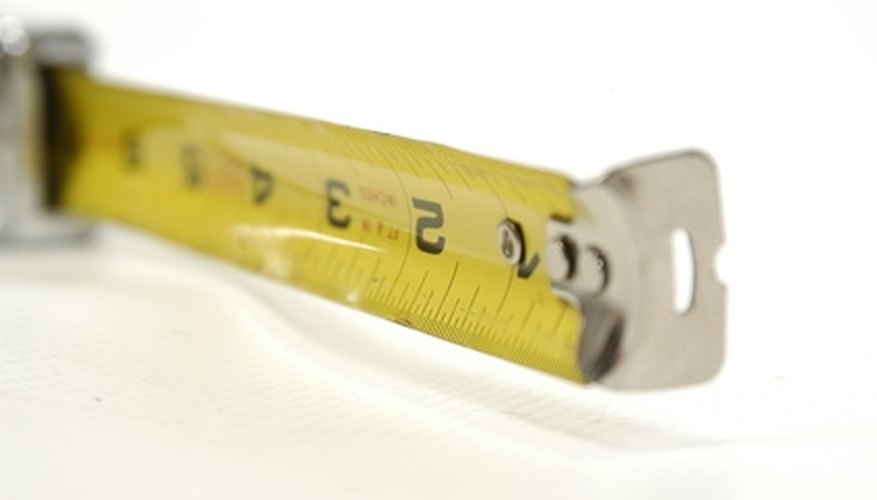 A tape measure is a very useful tool for measuring distance. It is much more accurate than any time I try to approximate the distance between two points.

According to the Smithsonian, the first U.S. patient for a tape measure was granted on 7/14/1868. I found the article “How Hoop Skirts Led to Tape Measures” very amusing. See references below.

If you’re curious about all the other features and functions of a typical, modern steel tape measure, U.S. tape does a good job summarizing them. Again, see below.

I had an experience recently that taught me otherwise.

I was straddling a foundation wall 13 feet in the air, and Brian, my structural engineer, was on another foundation wall on the other side of the structure. He had wanted to obtain exact foundation measurements before the floor trusses were fabricated, so that we would be able to provide exact measurements.

Brian had his wife’s tape measure with him that day. She’s a civil engineer, and sometimes the tape measures that civil engineers use are different. Typically, they’re not steel because they are longer – 100 feet or more.

Brian had said to me that it looked like the marks between inches were done in 10ths of an inch rather than the typical 1/16th or 1/32nd of an inch designation.

None of this mattered to me, because as I had said, “I was holding the dumb end of the tape and wouldn’t be subject to generating any measurement error.”

During the course of obtaining these measurements, there were several instances where he felt the walls were off a little bit.

There was never any large discrepancy, but enough for us to want to communicate our actual measurements to the truss company prior to fabrication.

So, in the end, we were glad we took the time to measure.

Then Monday rolled around. Brian called me, laughing.

“Hey, the walls are all fine and within ⅛ inch of the specs on the prints,” he said. “I didn’t realize that not only were the inches on the tape in 10ths, THE ENTIRE TAPE WAS MEASURING in 10THS BELOW THE FEET READING!”

As you can see, we were always off in the “narrower than expected” direction because of the expected base-12 when reality was base-10.

We both had a good laugh about that. But I realized that this didn’t need to be the end of the story.

As I thought about it, I concluded that there really are life lessons within this story (usually, if you ruminate long enough about an experience, you will discover some life lessons):

I don’t like heights very much, but if sitting 13 feet in the air provides the basis for reflection, it’s better than sitting at a desk, I suppose.

The Dumb End of the Tape

PrevPreviousBelts, Suspenders, and Bulk Water
NextI Broke My Own RuleNext