Value Engineering to the Rescue! 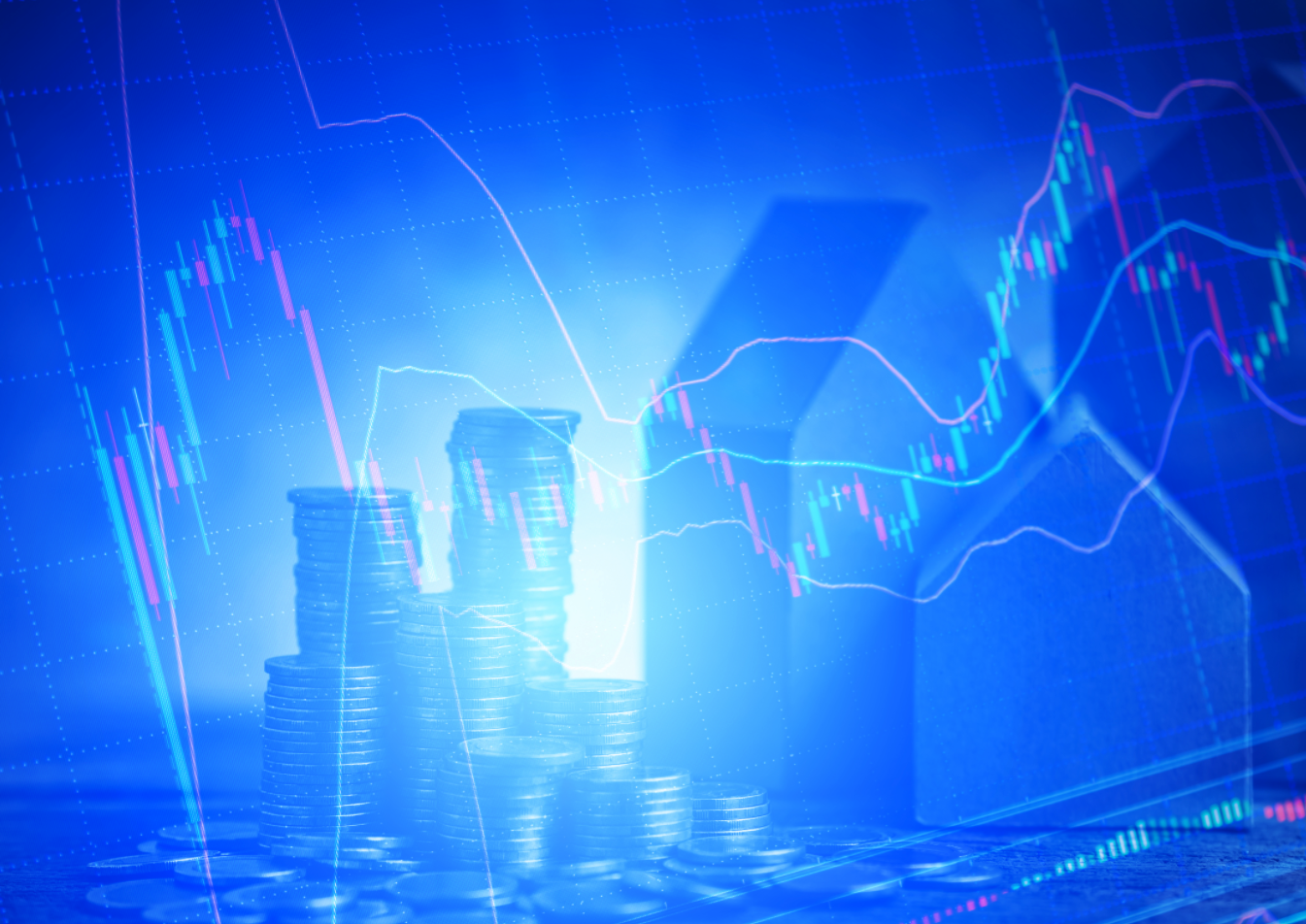 I often speak and write about how Building Science and Value Engineering cannot exist separately.

They are different disciplines, but they depend on each other.

In fact, a Venn diagram may look like this: 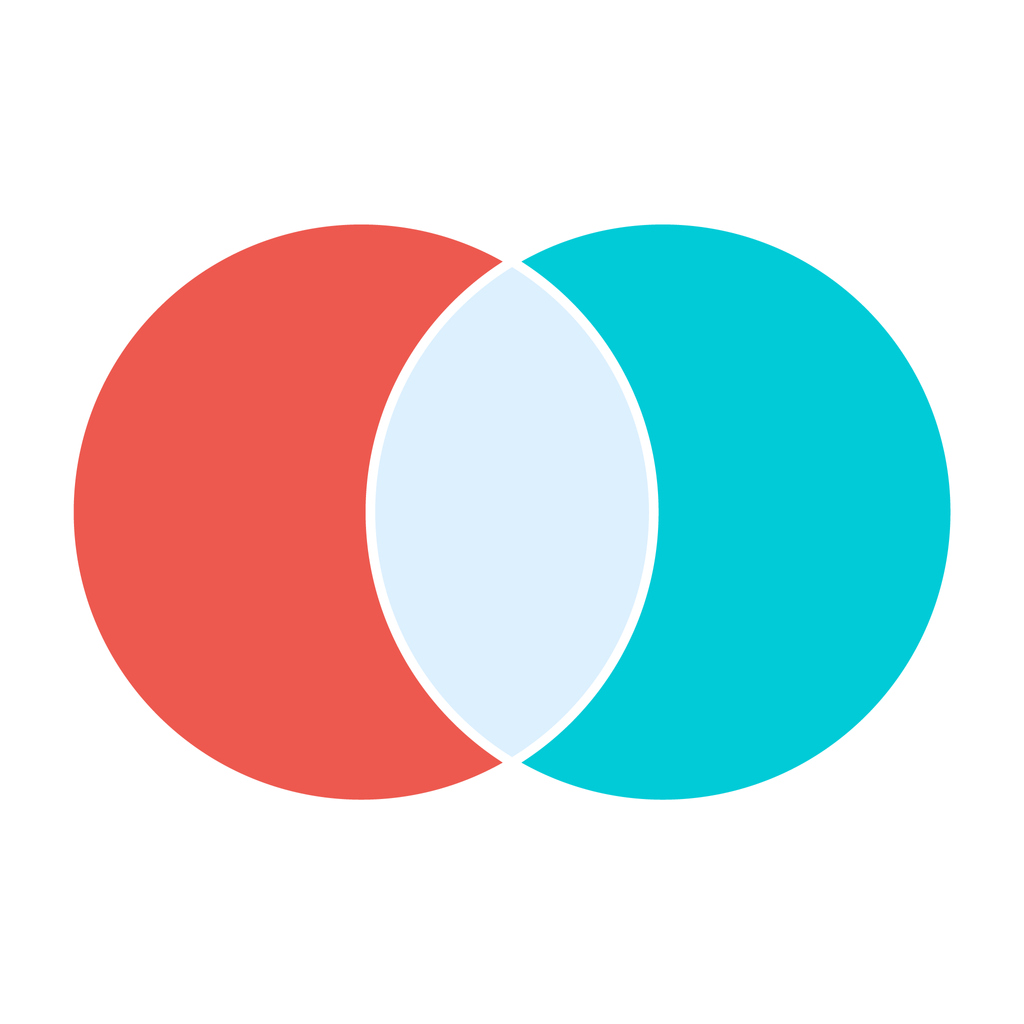 Although I never knew that the color on the left combined with the color on the right could produce the color in the middle, the important thing to remember is that the combination of building science and value engineering provides a path to build successfully and meet one’s goals while straddling the apex of the intersection of the price and value curves.

I wrote about these topics previously:  See “Why I Love Building Science and Value Engineering” here.

And I have a recent case-in-point in which I proved, yet again, that both are exceedingly important. As if I didn’t believe myself at first.

I had designed a home plan that was to be constructed on a foundation requiring very little digging and very little concrete. (Almost “no digging and no concrete,” but I can’t quite produce the absolute.)  I mean, I know that even low amounts of digging and concrete sound relatively odd, given that digging and concrete are the two most prominent features of any foundation…but this is something I had worked on for a long time and was proud of. This was an example of value engineering at work.

The home was also going to approach levels of superinsulation, so much insulation that I could in fact envision utility bills of $20-$30 per month for a 1,200+ square foot house. This is an example of building science at work.

The home was to be elevated a few feet above grade, so the floor would need to be treated as a fifth wall with respect to concerns about bulk water penetration, air intrusion, vapor permeability, and having a robust thermal barrier. Building science again.

Since I could order clear span floor trusses and not have any intermediate beam or supporting structure, installing the mechanicals would be that much easier. Value Engineering again.

The thermal approach chosen for the underside was 5 inches of closed cell spray foam (of course, spray foam using a hydrofluoro-olefin blowing agent. View the archives at CEassets.com/blog to read my previous work on spray foam, blowing agents, and the environment.)

But therein lied a problem. Or perhaps I should say, challenge. 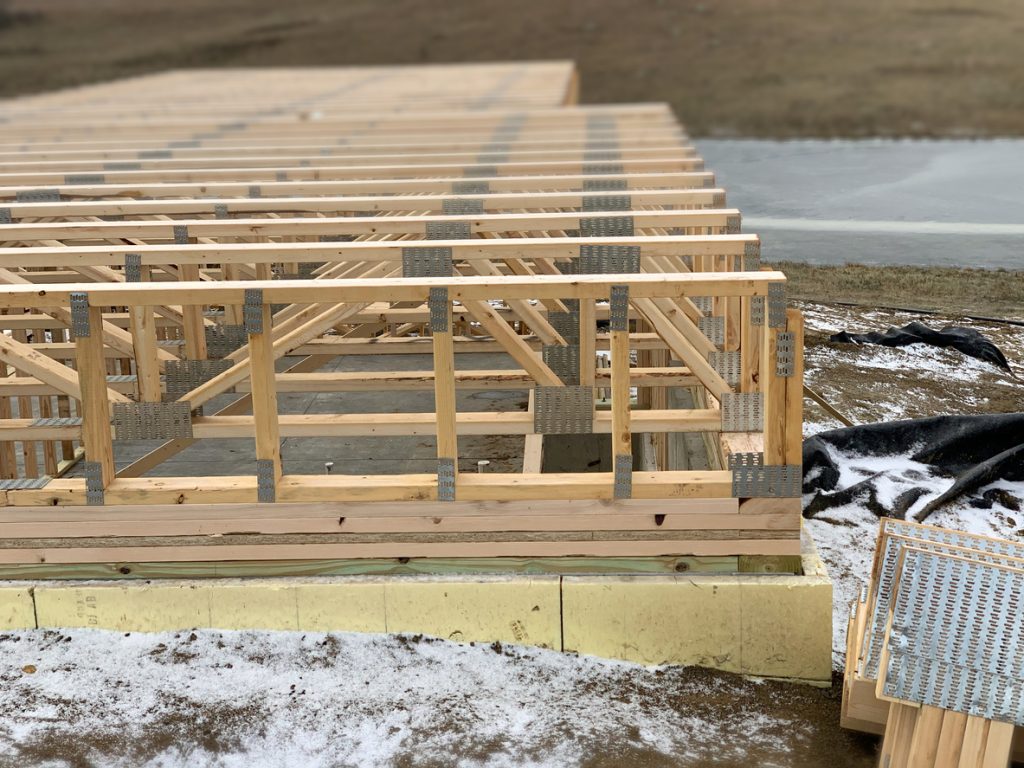 Beneath the 5 desired inches of spray foam that give a good R-35 of thermal resistance and define my thermal envelope, one would have the lower portions (say the lowest 13”) of the wood floor trusses and they would be exposed to the elements. (Yes, there would be a solid and continuous layer of sheet goods (plywood/cladding/etc.) on the bottom of the trusses to satisfy the building code and to provide appropriate visual appeal.)

And I know you’re tempted to say, “So what? It gets cold in the winter and you do have 5 inches of spray foam separating the feet of the occupants from the elements!”.

But we need to revisit the concept of thermal bridging. See my earlier article, “This is not a Bridge to Nowhere” here.

The layperson definition of a thermal bridge is a direct path for heat to escape the confines of the inside of the enclosure, unencumbered by thermal insulation. In other words, you’d be walking on the floor and your feet would feel cold.

Then I thought about hiring an engineer or specialized architect to do a WUFI analysis to determine whether I was blowing this out of proportion as well as contrive a reasonable solution if I wasn’t. (“woofy”…No, not canine communication. Rather, an acronym for Wärme Und Feuchte Instationär—which, translated, means heat and moisture transport. WUFI software calculates vapor diffusion and moisture transport in building materials in your proposed assembly or enclosure.)  Yes, I know I was talking about heat, not moisture. But where one goes, the other follows.

Oops, I mean “Thus spake the Second Law of Thermodynamics.” (You pay for the construction and science knowledge and maybe it’s worth the price; the arts and culture are a free added bonus.)

Called an engineer versed in the world of WUFI.

Never called me back.

I visited the archives of my brain, all the nerd-isms within the concepts of building science; I thought of all I’d learned from the Dean of Building Science, Dr. Joe Lstiburek; and I thought of all the times I’d been stupid and learned the hard way (those really stick with you).

And then the epiphany. I remembered studying the physical attributes and material characteristics of foam one day (don’t we all?) and being amazed at the compressive strengths available. In fact, some grades of foam are robust and resilient enough to be used under foundations and roadways. The compressive strengths are in excess of 30 psi (pounds per square inch). For comparison, 30 psi = 4,320 psf (pounds per square foot.)  The load bearing capacity of Mother Earth herself, other than in a bedrock situation, is typically 1,500-2,000 psf.

I then thought, if the foam is more dense and has more compressive capacity than Mother Earth herself, certainly I would be able to use the foam in strips across the top chord of the floor trusses without a lower layer of floor sheathing!

This way, I would avoid having to use entire sheets of foam sandwiched between two layers of floor sheathing, the lower layer now being unnecessary.

A call to my structural engineer ensued. Indeed, he would approve the plan – however, against the grain of conventional R-value logic, he wanted the thinnest layer of foam possible. The structural logic was that a thin layer of foam would still provide the thermal break that I wanted (breaking the thermal bridge of unwanted heat transport), but not enough thickness for the fasteners to have a problem with resistance to lateral shifting forces. (There are a lot of forces at work on a structure.)

After consultation with a friend who has much better access to sheets of foam than your best neighborhood big box store, I realized that it would cost less than $100 (in inflation-rampant 2022) for an entire house (not including labor – I’ll donate that) to be thermally broken from the frigid capacity of Mother Earth in winter in climate zone 5.

This solution took me longer than I’d like to admit to derive and detail.

According to Simon and Garfunkel in “The Boxer,” the last verse of which was not on any album and was only sung during live performances:

Now the years are rolling by me, they are rocking evenly

And I am older than I once was, and younger than I’ll be, but that’s not unusual

Nor is it strange, after changes upon changes we are more or less the same

After changes, we are more or less the same.

And also in my defense, a handful of architects and engineers with whom I had consulted all had the opportunity to propose this solution months ago. But no one did.

Can’t tell you how many nights I slept on it.

Until my brain finally connected the dots.

As you think about that, no matter how nerdy or uninteresting you may find building science and value engineering, I’m sure you are an expert in at least one area that others may find nerdy and uninteresting.

Exploit that area. There is value in your knowledge, even if others find it nerdy. Those that don’t will appreciate you for it.

You disagree? Well, you read THIS to completion.

Value Engineering to the Rescue!