We Use Spray Foam Because We Build Green 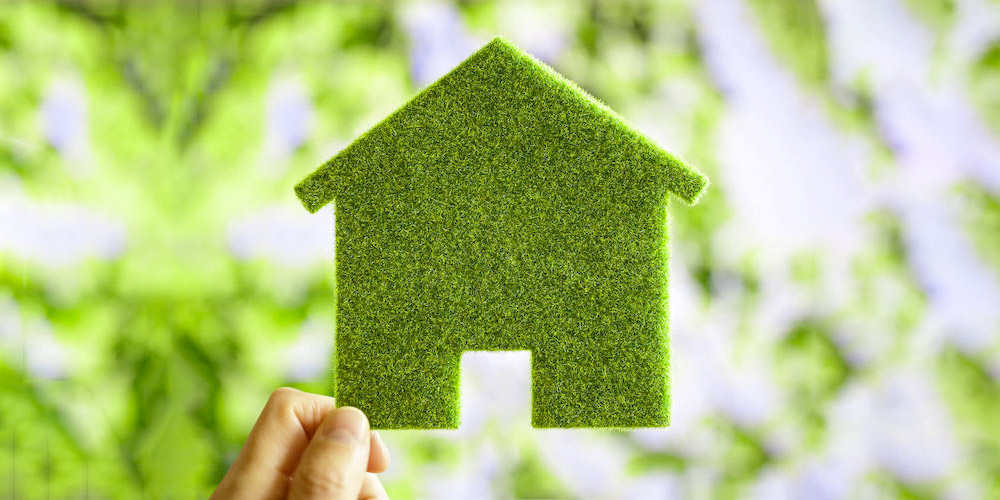 First, allow me to address the grammar concern inherent in that sentence.

An adverb modifies a verb; it answers questions such as “how?”.

The word “green” above is meant to answer the question “how?” because a “green” isn’t a structure I’ve ever known. (Yes, it is a color, but who builds everything in one color?) So “green” is being used an as adverb here, but the problem is:

“Green” isn’t even an adverbial noun (see reference below; that was a new term for me as well).

The phrase in the title does bother me.

But it was a quote; don’t shoot the messenger.

“Eat Fresh,” the slogan of sandwich chain “Subway”, has always bothered me as well (Is a “Fresh” a food item?).

I plan to obtain an opinion from my friend and chief grammar engineer Cindy, who will probably be interested up to this point but not beyond. We’ll see.

Now that we have that covered,

Please understand that the phrase in the title was spoken to me yesterday as part of a conversation with a spray foam contractor. I am designing a floor assembly for an elevated home design and may incorporate spray foam as a way to meet my thermal needs, because when you elevate an enclosure you need to treat the floor like a fifth wall.

And the impact that those eight words in the title had on me caused me to shift gears entirely with this week’s topic.

Q:  Within that article, did you or did you not make statements such as “spray foam sucks” and “spray foam is a lazy person’s way to design a wall assembly”?

A:  I did. It’s easy to take someone’s words out of context and apply them elsewhere, creating a different meaning. When I made those comments, I was referring to the 1) the spray foam companies that advertise to consumers as if their product is the greatest available for their specific need and is applicable in any retrofit situation, 2) the consumers that have an unrealistically lofty opinion of spray foam, and 3) any use of spray foam on the interior side of an enclosure’s air barrier, since poor installs and poorly trained installers can cause an off gassing situation that will never go away.  (In my proposed application, the potential use of spray foam will be located on the exterior of the enclosure’s air barrier).

Q:  OK, what is the problem with the statement in the title?

The spray foam industry is currently on the fourth generation of spray foam blowing agent.

{1. A blowing agent is something that gives closed cell spray foam its physical properties.

I said WAS and IS because the first and second generations have long since been banned due to a negative effect from their high global warming potential AND ozone depletion potential.

The third generation blowing agents are still being used and have little to no effect on the ozone layer, but an extremely negative effect on GWP.

The fourth generation (HFOs) blowing agents have no effect on the ozone layer and a much-improved GWP. }

But their GWP is still greater than zero, however…remember that GWP is a ratio of the effect of the substance compared to an equivalent mass of carbon dioxide. And carbon dioxide isn’t good – but it is our measuring stick and does stimulate a thought process of, “building and construction in general introduce the potential to warm the planet. If the potential to warm the planet is 1) relatively similar to the air that I exhale, 2) results in a robust and efficient structure that will consume smaller quantities of fossil fuels and therefore create a positive effect in that manner, and 3) the structure will last a very long time, then…I’m doing about the best job I can do”.

At least in my mind, that is the thought process.

Unless, of course, we use renewable sources of energy…then we can do even better…but that is a topic for a future discussion.

And this person had zero idea what blowing agent their company used and whether they even had access to the newer HFO blowing agents.

The answer is that they are using the third generation agents, HFCs, and their GWP is about 1,000 or so.

The concepts explained in this article really aren’t difficult to understand. You don’t need to be a scientist or politician to understand them.

Although some may agree yet still feel as if “whether or not I use high GWP insulating materials in my build is not going to make an ounce of difference in the overall emissions and effect on global warming and climate change.”

Remember the old starfish tale, when the boy threw the starfish back into the ocean and said, “I made a difference to that one.”

That makes me feel as if we all should make an effort to learn and apply these concepts, government mandate or not.

Mother Earth is big, but she has a finite supply of resources.

And she’s experiencing a midlife crisis.

I say this because why else would we have “100-year rainfall events” every 2-3 years? And water shortage and water excess problems at the same time?

As you think about that, also think about our potential to leave Mother Earth slightly better than we found her. And what would happen if this attitude were as infectious and contagious as COVID-19.

If you have a building science or construction question, don’t hesitate to send it to me at Lee@DrLeeNewton.com.

If you want to learn how to invest successfully in real estate, download our eBook below.

We Use Spray Foam Because We Build Green

PrevPreviousYou Can’t Make Pizza in a Freezer… and You Can’t Make Ice Cubes in an Oven
NextMore From the Spray Foam High Horse!Next